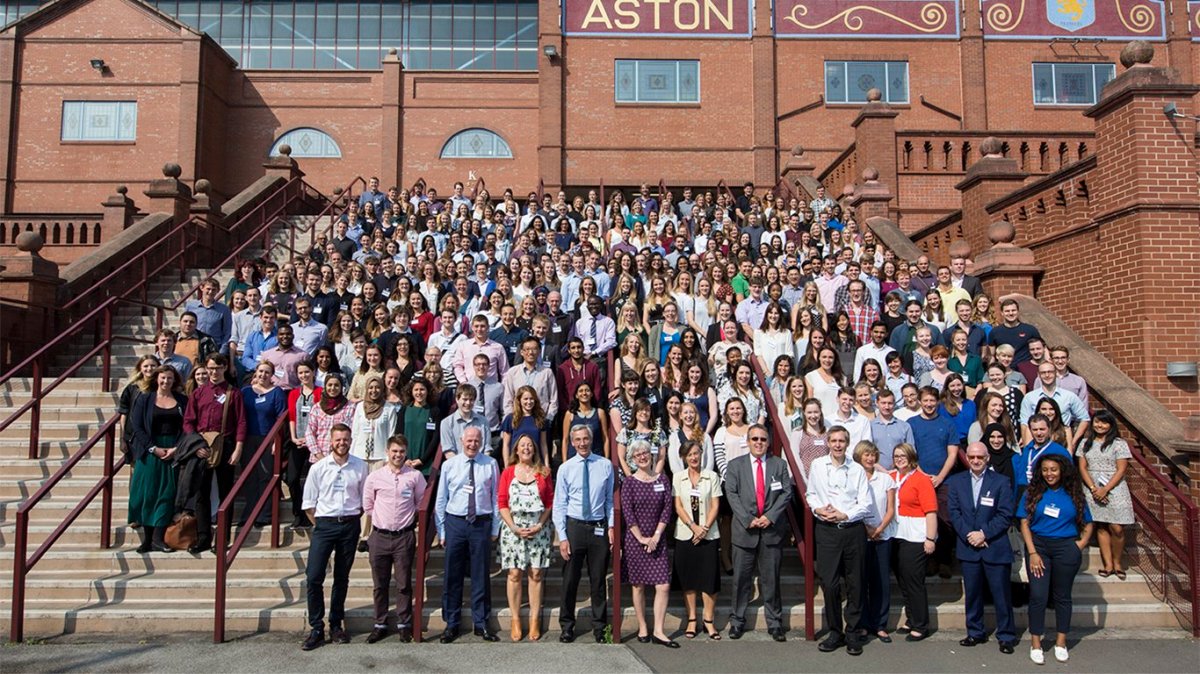 Monday, September 16th 2019. 5pm. That date and time seemed like the distant future when I first started on the scheme all the way back in September 2016. However, time has a nasty habit of progressing linearly, and now with less than a month to go, I find myself thinking back on my experiences these past few years. Here are some of those thoughts loosely arranged in a human-readable chronological form.

STP? Never Heard Of It.

I can’t actually recall how I first heard about the NHS Scientist Training Programme, but I distinctly remember that it was around two weeks before the application deadline on Oriel. Not a lot of time to consider whether this was the path that I wanted to take. Especially in the midst of all the stresses of a final year MEng project.

However, the informatics streams looked interesting and seemed to fit in well with my desire to directly apply my undergraduate knowledge in a meaningful away. I hadn’t previously considered an NHS career, and despite having lecturers who worked with the NHS and as medical physicists and clinical engineers, didn’t really know that there were scientific pathways available. Yet, I applied anyway with the intention of widening my options down the line if nothing else.

The NSHCS STP Induction Day in Birmingham was the first time that I properly met a lot of people (the interviews weren’t exactly conducive to having a chat) that have been pivotal to my training the past few years, and continue to be so. It was where I was introduced to people on the London Healthcare Science Trainee Network, where I was encouraged to become a member of IPEM and where I first met the other trainees in my intake year- many of whom I now consider friends.

It was also where I first met the then Head of Scientific Computing and Instrumentation at the hospital I would be and still am working at. I recall very little of the talks that day, but I do remember him emphasising that the work that we do as (future) clinical scientists has an impact on patients. For me, that was the key message that day. Now with some experience in the NHS, I would personally argue that whether you’re writing code, procuring equipment, assisting in theatres, running assays or whatever else, if you’re doing it within healthcare, then you’re doing it for your patients. And if not, why not?

My first day at my training centre was far less inspirational as the reality of training in a hospital department started to set in. I was expecting a slick and well-organised training plan, with the department well prepared for my arrival. This was not the case. One of the downsides of a locally delivered scheme is that quality, expectations and experience can vary greatly between training centres. I remember spending most of that first week sitting around waiting for someone to give me some guidance on what to do.

Fortunately, that first week was followed by three weeks at the University of Manchester for the start of the academic component. Here we shared lectures with the Genomics and the other Clinical Bioinformatics cohorts, and the hands-on teaching style was incredibly engaging (and in stark contrast to some of my later lectures at Liverpool). Best of all it gave me a chance to chat with and get to know a lot of other trainees well, and hear about the variety of training experiences that was already building. This started to rebuild my enthusiasm for my return to the work-based training – I’m not sure if I’d lasted long without that boost.

Looking back, I would say that parts of my training haven’t been particularly straightforward. Lack of familiarity with the needs of my specialism, coupled with staff leaving at various points meant that a lot of my training felt very self-directed and planned ad hoc. Whilst this made the first few weeks and months of training very stressful, as I tried to source projects and training opportunities, it also helped me develop my ability to self-start and reach out to new people. A number of individuals within Scientific Computing & Instrumentation were incredibly supportive despite having their own pressures, and I’m indebted to them for their support in those early days.

I really enjoyed the rotations that gave me time in other organisations, and in part, I credit the outstanding experiences and opportunities that I had with them for my decision to stay on the scheme past the first year. There’s a lot you – whatever stage of career you’re at – can learn by going to see how other teams work. There’s always a better way to communicate, to organise, to inspire and to do. Go explore. Learn. Improve. And if you think you’re doing everything perfectly, please get in touch because I’d love to know your process!

The practice of reaching out to unfamiliar people and a few serendipitous connections really started to pay dividends during my 2nd and 3rd years. Perhaps the most fortunate event was from keeping up contact with my rotational training officer from the Clinical Informatics department at HCA Healthcare UK, which led to an introduction to the clinician who I subsequently collaborated with on work that formed part of my STP MSc project. I could never have predicted that replying to that one email would mean collaborating with researchers in Cardiff and Edinburgh, presenting at a national conference, and forming the basis for an elective in Sydney. Luck was an element, but being open to the opportunity and not being afraid (or at least less afraid) to ask certainly played a significant part.

Other conversations and general curiousness led to projects and involvement with a whole host of people from MRI physics and Nuclear Medicine at the hospital to healthcare informatics groups working in translational research. The ability to apply existing knowledge to new problems and to pick things up quickly, whilst communicating across technical and clinical groups has been a vital skill – one that I have both the STP and my undergraduate training to thank for.

You can’t really reflect on the STP without writing about the e-portfolio, assessments and OSFAs can you? I think for a lot of my training, and due to the way that the Clinical Bioinformatics – Physical Science competencies are structured, the competencies have been the skeleton on which to hang various projects and tailor objectives and requirements towards. I feel very fortunate that few have felt like checkboxes to tick off or tasks that have been done without apparent reason. The OSFAs were a lot less terrifying than I was lead to believe – it’s so easy to have it build up in your mind over 3 years that they’re this all-consuming darkness. Yet, all they do is assess things that you’d have covered in your training, and in words, I’ve heard many times; “make sure that you’re a safe pair of hands” and “minimally competent”. Let’s leave my thoughts about the assessments at that.

At the risk of sounding soppy (though I am feeling a little emotional as I write this), joining and getting involved with the London Healthcare Science Trainee Network was the single best decision that I made. I say decision, but really I was recruited at a social by the chair at the time to build our website. This was fortunate as I wanted to get involved, but my natural shyness prevailed and prevented me from reaching out, thinking that as a first-year I couldn’t contribute anything. In hindsight, this was foolish, and these days I’m a lot more confident about expressing my opinion and putting myself forward for things, as well as (hopefully) encouraging others to do the same. I won’t labour the many things I’ve gained from this as I’ve written about trainee representation previously, but being in a safe and encouraging team was pivotal to much of the personal growth I feel like I’ve undertaken.

Monday, September 16th 2019. 5pm. And so we come back to that deadline. With MSc submitted, OSFAs passed, permanent role secured and started (in my training centre at that), all that stands in the way between me and completion is a single OneFile submission.

There’s a lot more I could have written about and reflected on – the need for more defined NHS informatics pathways, the thoughts that I have on the MSc programme, the quality of food at NSHCS events, how wonderful a lot of people are – turns out I have a lot of opinions, but I really should get back to that last submission…