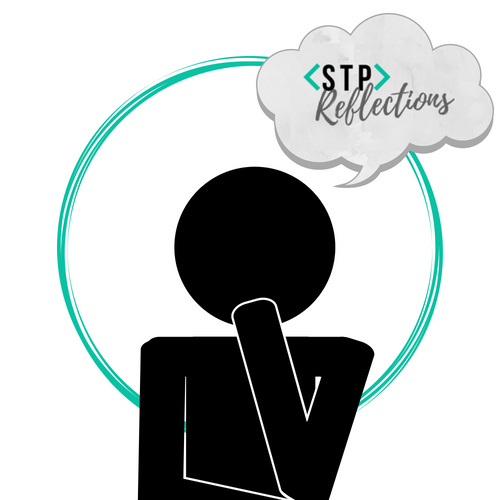 When I began writing this blog post I was thinking back to July 2018, I had accepted my place on the STP in Genomics at Addenbrooke’s Hospital in Cambridge. Then I received an email from my training officer asking me what rotations I would like to choose for my first year. My first thought was ‘Wow this is really real, I’m actually going to be on the STP?!’, before panicking about how I was supposed to decide on the departments I would like to spend my rotations in this early on!

What is a rotation?

During the first year of the STP, you have to spend time in different specialisms and department known as ‘rotations’. The length of these rotations are dependent on your trust but can be between 4-8 weeks long. During this time, you are expected to complete competencies and assessments in this specialism similar to your own. Don’t worry, unlike your own specialism, you’re not expected to be fully competent; you just need to show you have a good understanding!

For some specialisms, your rotations will be compulsory for specific departments and these will be highly relevant to your specialism. Being a Genomics STP, I had a compulsory rotation of bioinformatics and the freedom to choose two other life sciences specialisms. Your department may have recommendations for you of what to choose/have good working relationships with departments, so it’s important to take on that advice. Personally, I chose to do rotations in Genetic Counselling (seemed a no-brainer!) and Immunology.

What did I think before going?

It can be daunting going on rotations, you feel as though you have just about settled into your own department, started to get to know people and felt comfortable asking for help. Then to enter a new department with new faces and in an area that you aren’t necessarily fully confident in, it can be really nerve-racking. I personally know that you can feel like a massive spare part during training, as you are disturbing very busy people doing work that is actually affecting patients.  It is difficult to get out of this mindset at the beginning and I felt that by the time rotations came around I was only just out of this!

Going into my rotations, I was slightly nervous but excited to be trying something new. It almost seemed like a formality to tick off my rotations and competencies then move onto the next without much thought. However, upon reflecting on my genomic counselling rotation, the skills and experiences I have gained will really influence my training and future practice.

What did I learn?

As a trainee in Genomics, so far the majority of my time has been spent sitting behind a computer, learning how to analyse the results of genetic testing. My rotation in Genetic Counselling was a complete contrast to this. I spent time observing multiple different genetic counselling clinics including cardiac cases, cancer cases, paediatric cases and even got to travel to peripheral hospitals for clinics (A lovely time to get to know colleagues and reflect upon cases on the travel, there and back!)

An interesting aspect of the rotation was getting to participate in multi-disciplinary team meetings (MDTs). This involved specialists from all areas including ENT surgeons, ophthalmologists, psychologists, consultants, nurses and occupational therapists.  I was able to meet different specialists and hear their opinions on cases, as well as working in a collaborative manner. This gave me a really rewarding feeling and helped reiterate how important it is in my role as a clinical scientist to work with others in order to provide the highest quality of patient care.

I was able to sit in clinics, meet patients and by the end of the rotation feel confident enough to explain genetic process and terminology in an understandable way to the general public. This gave me confidence in myself and my ability to communicate with patients. I felt as if I had really impacted patients during the clinics I helped in.

Additionally, to be able to see the impact of my work on patients was amazing, it is very easy as a clinical scientist in genomics to be analysing multiple patient’s sequences a day, write the reports and almost lose a sense of the impact the result will have. To be able to see the relief on people’s faces as well as help to consolidate what is considered ‘bad news’ results really resonated with me. I learned how important it is not to make assumptions of how a patient will react to news as each patient sees their result in a different light. Another interesting observation was that it was clear that no two patients are the same. For example, we could have seen two patients both undergoing predictive testing for a BRCA variant, we may expect the consultations to go similarly as they are there for the same reason. More often or not, the assumptions that were made about consultations were wrong and different patients responded differently to the same information. I was so impressed by all of the genetic counsellors’ ability to adapt this in a professional and cohesive manner while remaining completely unshaken. This really taught me the importance of adaptability within the role of a clinical scientist and it really inspired me to take on this approach within my own work.

Working with so many new and interesting people was highly beneficial and gave me a lot of confidence to be able to approach these colleagues in the future (plus this gives you more options for your multi-source feedback in second year!). To be able to discuss interesting cases with these colleagues allowed me to see a fresh perspective from someone else’s eyes as well as forming important relationships with people I will work closely with. It really helped me understand the patient pathway in genetics services and how much time and work has gone into the service before the lab receive the patient sample. This is a skill that I really believe will help shape me as a clinical scientist and really aid my training to work collaboratively with these colleagues.

Overall, I thoroughly enjoyed my first rotation, my initial fears and worries disappeared, and I learnt more than I thought I would. I believe I gained invaluable experiences and found a whole new appreciation for other colleagues and the work they do. My advice for anyone undergoing rotations would be; don’t take this time for granted, it may feel slightly irrelevant in the grand scheme of your future job role but the well-rounded skills and relationships during this time can really shape you to be the best clinical scientist you can be!